The Left is Vastly More Evil than Religious Conservatives 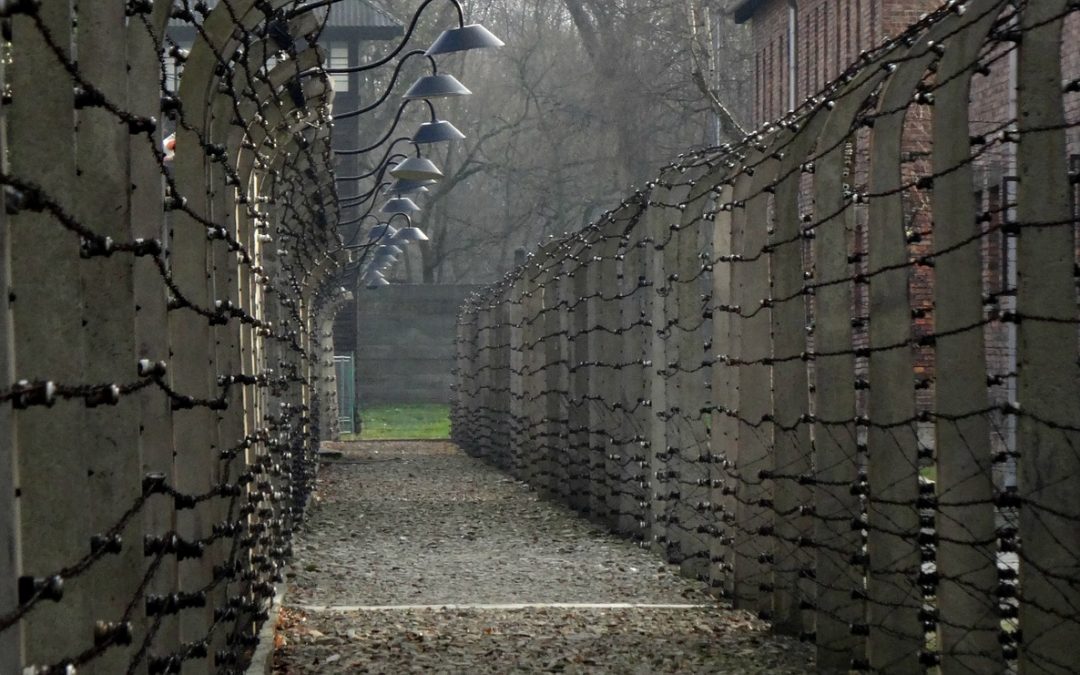 In April 2011, I traveled by car along I-70 in Kansas en route to Manhattan to give a talk for the Ayn Rand Institute at Kansas State University. The talk was titled “Religion Versus Morality.” It demonstrated that faith-based beliefs contradicted every principle of a rational, life-giving ethics. As we swept past a small town sprawling along the perimeter of the Interstate, the car’s driver, a very bright student who ran the KSU Objectivist Club, pointed out to me,: “The local high school canceled a boy’s basketball game this winter because one of the referees was a woman.” I responded, very philosophically: “Huh?” He replied with words to the effect:  The Bible says that women should not hold dominion over men. After I picked my jaw up off the floor, a dozen thoughts occurred to me. In no particular order: What about boys–they’re not yet men. Can a woman hold authority over them? And perhaps, these particular boys have a mother? After all, it’s customary that most children do. Did the high school officials stop to reflect that perhaps the mothers held far more dominion over their sons than a basketball referee would?  (Some religious cultures and families are suppressive of women, without a doubt. Nevertheless, Mom wields power over the children; I can guarantee you that.) And why accept a faith-based belief like this in the first place? For example, suppose a man requires surgery for a life-threatening condition, and the most proficient specialist in this field is female? Should the patient choose a lesser doctor based on gender? Should a young male surgeon, desiring to learn from the best, reject the leading role model for reasons of her sex?  Should I, an aspiring writer/philosopher in the 1970s, have rejected an opportunity to study with Ayn Rand? Such examples can be replicated endlessly.

But my adventures in Kansas were merely beginning (and I had a great trip to the Jayhawk state, I might add, where people treated me with consummate hospitality.)  That evening, I delivered the talk. The first respondent in the follow-up Q and A was a young, blond girl who asked: “So are you an atheist?” I affirmed that I was. She replied, in a tone not altogether friendly: “Then burn in Hell!” She turned, stomped down the aisle, and clattered through the Auditorium doors and out of my life forever.

Religion is a bizarre phenomenon, upholding the existence of a transcendent realm, necessarily inaccessible to sensory awareness, and therefore beyond the scope of reason. We start with a revealed text, whose teachings are insusceptible to rational demonstration and must therefore be accepted on faith. Was it Mark Twain who defined “faith” as “believing something you know ain’t true?” Perhaps. More precisely, faith is a form of belief in a supernatural dimension and its impact in this one, belief in the absence of observable evidence and in direct contradiction to the evidence. Belief in God–in a spirit or consciousness with no brain, nervous system, or other biological means of consciousness, a Super-Ghost of the Universe that created the entire cosmos from nothing–is a paradigm example of such beliefs.

What happens when differing persons or tribes hold competing or clashing faith-based beliefs? Neither side can prove its teachings are accurate. Can they agree to disagree and live together in peace? Yes, they can and sometimes do. But remember: Faith-based beliefs can yield any conclusion. If the Dweebs, for example, claim God tells them that Dweebism is the one true faith, that it must reign over Earth’s entire population, and that infidels should be extirpated, how could we know–on a faith-based method–that they’re wrong? We couldn’t. Their claim to ascendant Dweebism has as much gravitas as a competing faith’s commitment to the brotherhood of man.

Ayn Rand made this point succinctly: “I have said that faith and force are corollaries, and that mysticism will always lead to the rule of brutality. The cause of it is contained in the very nature of mysticism. Reason is the only objective means of communication and of understanding among men; when men deal with one another by means of reason , reality is their objective standard and frame of reference. But when men claim to possess supernatural means of knowledge, no persuasion, communication or understanding are possible.”[i]

A perfect historical example of this tragic truth is the theological theory dubbed by the early Medieval Catholic Church “the Arian Heresy.” Arius was a Catholic clergyman in Alexandria in the 4th century AD. He achieved notoriety by attempting to make sense of the Trinity, part of which is the claim that Jesus is God, but distinct from God the Father; nevertheless, God is one.  This is an obvious logical contradiction. Arius, seeking to preserve a logically coherent monotheism, held that Jesus is the son of God but not himself divine.  When his doctrine was condemned by the Church, his many followers refused to accept theological defeat, and war broke out in which thousands of Christians were put to the sword.[ii] What is the takeaway? When faith is our method of knowing, any belief–even the most arrantly irrational, even the claim that God is one but God is three–can be upheld as truth.

Faith-based beliefs continue to wreak havoc in 21st-century American politics, especially regarding the abortion issue. Many abortions are performed in the first trimester when the fetus is a mass of protoplasm–certainly, a potential human being, to borrow Aristotle’s immortal distinction, but not yet an actual one–and no rational case can be made for its human personhood. But religion does not base its claims on factual evidence and logic–but on faith. The faith-based belief is that when sperm and egg cells unite, God delivers an immortal soul into the tiny embryo, therefore making it human from the moment of conception. A deliberate termination of an innocent human life is, of course, murder–and must be outlawed by the legal system of any civilized society.

Rationally, a woman is a female human being with all the rights thereof–a right to her own body, her own mind, and her own judgment. To deny her moral and legal right to terminate an unwanted pregnancy on a faith-based belief in a fetus’s human status is an egregious violation of her right to her own body. And if she has not the right even to her own body, then, in principle, what rights do any of us have?[iii]

Additionally, religion has a long history of condemning homosexuality as sinful and of violating the rights of gays. For example, “Leviticus” 18:22 states: “You shall not lie with a male as with a woman. It is an abomination.” (I’m tempted to say: “That’s the spirit!”)  Other Biblical passages of both Testaments make the same point. Famed evangelist, Billy Graham, called homosexuality a “sinister form of perversion”  and stated, “We traffic in homosexuality at the peril of our spiritual welfare.”[iv] One contemporary preacher stated: “The Bible clearly and consistently declares that homosexual activity is a sin.”[v]

What is to be done with the sinners? Over the ages, a number of Christian rulers have commanded the death penalty for homosexual acts.[vi] Today, the Westboro Baptist Church proclaims that “God Hates Fags,” preaches that 9/11 was God’s punishment of America for tolerating homosexuality, and celebrates the violent murder of gay victims.[vii] Islam, of course, in our day, is vastly worse than Christianity:  Under sharia law, homosexuality is often considered a capital offense. For example, homosexual relationships are punishable by death in Iran, Saudi Arabia, Yemen, Sudan, and several other Islamic-dominated nations. In recent years, Islamic State has executed numerous men accused of homosexual activity.[viii]

In fairness to 21st century American Christians, most do not support legally restricting the love lives of consenting adults, regardless of their sexual orientation[ix]–and emphatically reject a death penalty for homosexual activity. Nevertheless, they are faced with a moral dilemma: If human life is to be ethically upright–to them, Godly–is it not necessary to legally restrict activities condemned as sinful in The Bible?

Then there is the thorny issue of evolution. Religious Fundamentalists take a literal interpretation of the Bible. If the Bible says that God created man in a day, then that means a literal 24-hour period. (I’m not sure why it took so long for an all-powerful being who could achieve his goal at will. Was God slacking off that day?) There is no way to reconcile a single day of religious belief with a billion-year-long process of scientific theory. Fundamentalists had a simple solution: Ban the teaching of evolution in high school biology courses. Various Bible-belt states, in the 1920s, did precisely that, imposing legal restrictions that held for forty years–much to the detriment of science education in those states–until struck down by SCOTUS ruling in 1968.[x] The infamous 1925 Scopes “Monkey Trial” was a result of this legislation.

Finally, there is the lethal problem of faith healing. Some Christian denominations reject medical science because if God wants a patient to die, medical intervention is not helpful; if God wants a patient to live, medical intervention is not necessary. They substitute prayer for medical remediation. There are cases of children dying from diabetes and other medically-treatable diseases.[xi]

Religion is hazardous to your health.

But collectivism is worse.

This essay has proven controversial enough to warrant an informal debate on the issue between Andrew Bernstein and Harry Binswanger on “The Olympics of Evil: Does it Matter Who the Winner Is?”

Liked it? Take a second to support Swoop Express on Patreon!